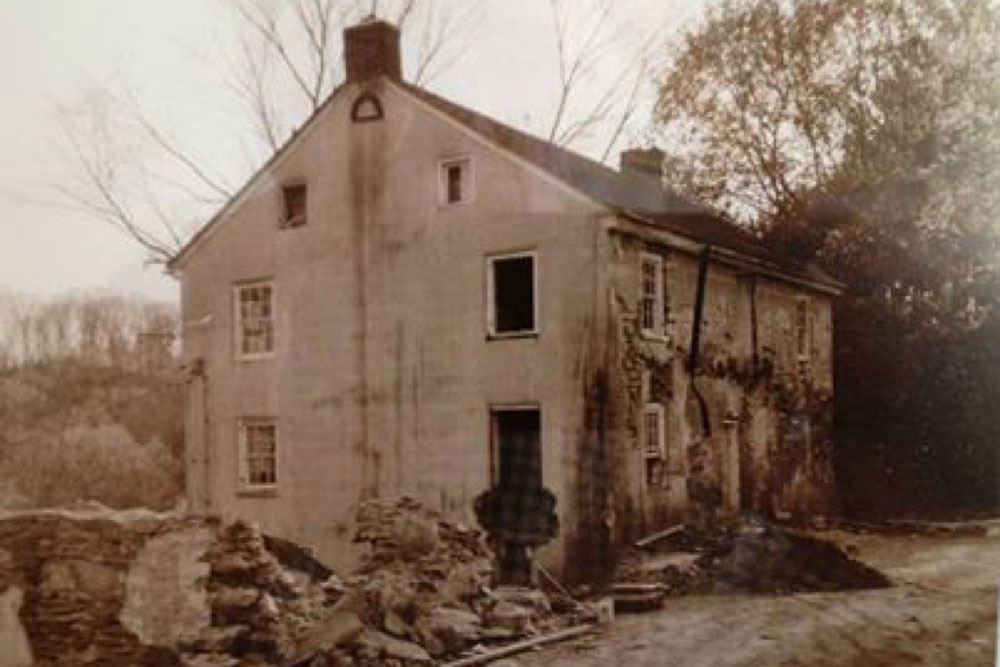 How could anyone look at this and think it’s worth saving? You have to have sixth sense to see what you have and what it could potentially be. In this case, after the initial demolition, all that remained were four walls of stone, sturdy roof and floor framing. The pile of stone in the foreground is actually the foundation of a detached spring house.

Clearly this house wasn’t a home, but for some reason, I saw the potential. I wasn’t sure why and nothing was immediately obvious. My structural engineer said the walls and foundation were solid. So I began by taking all my field measurements and the “as built” drawings, including the spring house foundation. Almost instantly, it became clear what I wanted to do.

The house needed a kitchen on the main level, it was in the walk out basement, and a new master bedroom with master bath. I decided to connect the spring house to the main house with a two story addition. This addition would have a new kitchen with master bedroom and bath on the second floor. The spring house foundation would become the foundation for a summer kitchen. A two car garage would be cut into the bank across from the summer kitchen. As much of the salvaged material would be incorporated in the restoration. See where my vision took our crew and the homeowner in my next journal entry.